This Black History Month, we are delving deep into the inspiring stories of Black innovators who sculpted today’s beauty industry through revolutionary inventions and leading businesses.

Whether you prefer strolling store aisles or scrolling through your favorite beauty websites, you’ll likely find a sizable selection of cosmetic brands with inclusive offerings. Finding flattering makeup is significantly easier today due to the historic work of Black leaders who broke down industry barriers and expanded access for all.

Without the crucial work of Black creators and entrepreneurs, we wouldn’t have many of the Holy Grail products that currently fill our beauty bags. Discover the history-making women and men who spearheaded monumental change, laying the foundation for present-day makeup brands and artists. 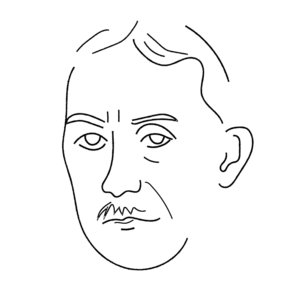 Business pioneer Anthony Overton is no stranger to firsts. Born into slavery during the final year of the Civil War, Overton rose to prominence as the first Black American to own a major conglomerate. He is considered a pioneer of Black-owned beauty ventures, making historic strides as one of the first entrepreneurs to address the cosmetic needs of Black women.

With the founding of Overton Hygienic Manufacturing Company in 1898, Overton catapulted into the world of women’s hair care and cosmetics. While closely following the industry’s progress, he noticed a major deficiency: Black women lacked product options that matched their skin tones.

Overton was also one of the first entrepreneurs to focus on mail order as well as rely on a network of salespeople to market products outside of department stores.

While many facial powders contained ground-up chalk and other questionable materials, Overton tested all ingredients to ensure safety of use. His explosive success expanded the cosmetics brand to include eye makeup, hair products, perfumes and more.

In addition to improving formulas, Overton made it a mission to upgrade cosmetic packaging efforts for Black women by providing artful containers to enhance product experience. At the forefront of change within the beauty industry, Overton’s work toward inclusivity paved the way for many of today’s makeup brands. 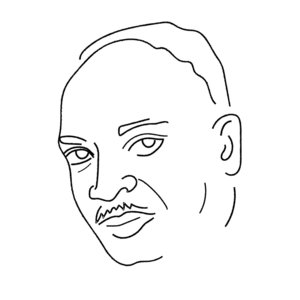 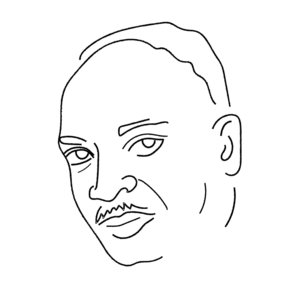 Born in 1889, Claude Albert Barnett would become a journalist, entrepreneur, activist, and founder of the Associated Negro Press (ANP). After graduating from the Tuskegee Institute in 1906, he was employed as a postal worker in Chicago. Through this early work, Barnett read countless newspapers and magazines, which ignited his passion for advertising.

Around 1918, he collaborated with several investors to start the Kashmir Chemical Company, a prominent business that manufactured the popular hair and skincare line called Nile Queen. The chosen name and illustrations depicted the Nile Queen as an icon to celebrate the beauty of Black women.

Nile Queen became one of the most famous beauty brands of the time offering “Better than the Best” hair and skin preparations for customers, including cold cream, vanishing cream, face powder, and more. According to an advertisement I found, the company also taught customers about modern scientific methods in beauty via their free “Deluxe Booklet on Beauty, Health and Success.” 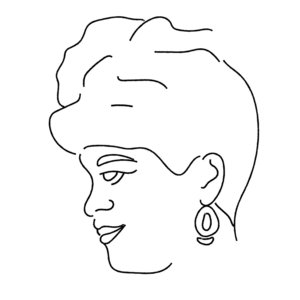 Long before Rihanna’s Fenty Beauty, there was Anita Patti Brown’s “Patti’s Beauty Emporium.” Brown was a distinguished soprano recitalist throughout the 1900s-1920s. She quickly gained celebrity status after debuting her angelic voice at the Chicago Opera House in 1903. Brown traveled throughout the world, performing in the U.S., South America and the Caribbean.

Brown also had a passion for beauty and launched her own brand. Her mail-order business offered Black women numerous products, known as “Patti’s Brazilian Toilette Luxuries.”

Along with various creams and face powder (each 68 cents!), Brown sold a variety of floral scented perfumes for $1.25 per bottle. Offering a booklet filled with her secrets for proper skincare, she sought to provide women with carefully-curated products that would promote clearer, smoother skin. 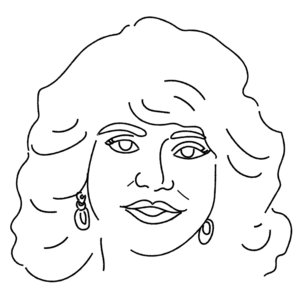 In 1958, Eunice Johnson developed a fundraising tour called Ebony Fashion Fair. For 50 years, the fashion show highlighted Black models and traveled throughout the U.S., Canada, and the Caribbean to raise over $50 million for Black charities.

As she helped define, celebrate, and uplift Black Americans in fashion, Johnson noticed that models had to mix various foundations to achieve a shade that best matched their respective skin tones. In response, she contacted beauty companies requesting a diverse color palette to fit a broader range of complexions. Unfortunately, these existing businesses failed to take action, so Johnson took matters into her own hands.

Black entrepreneurs focused heavily on mail orders, as retail spaces typically did not supply products for Black women. Johnson first developed mail-order compacts in a variety of flattering shades. Met with success, Johnson founded her own cosmetics line in 1973 called Fashion Fair Cosmetics. The game-changing brand specifically addressed the beauty needs of Black women and was one of the first brands to be featured in department stores

Over the years, Fashion Fair Cosmetics expanded its inventory to include liquid foundations, cover sticks, powders, shadows, lipsticks, skin care, and more. Each product was available in a wide range of hues that matched skin tones and enhanced natural beauty. In 2003, the company’s sales totaled $56 million.

Fashion Fair Cosmetics inspired countless makeup brands to diversify product and advertising to meet the desires of Black customers. The brand opened the door for a wide range of makeup shades, and its history continues to encourage further growth within the cosmetics industry. 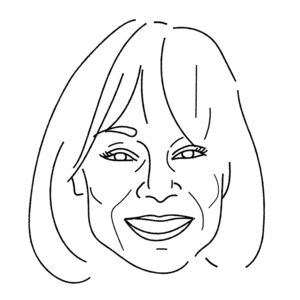 Did you know that Bernadine Anderson is Hollywood’s first Black female makeup artist? With a star-studded lineup of celebrity clients including Eddie Murphy, Laurence Fishburne, Jane Fonda and more, Anderson’s artistry has appeared in countless films throughout her 20-year career.

Anderson’s passion for makeup led her to pursue a career in the entertainment industry as a celebrity makeup artist. She became the first Black woman to obtain membership into IATSE Local 706 Make-Up Artist &amp; Hairstylist Guild, the official labor union for hairstylists and makeup artists in television and film.

However, during the late 1960s, she was repeatedly denied work on movie sets. Determined, Anderson helped organize a class action lawsuit against the union to shed light on the discrimination in her field. Through her court win, she laid the groundwork for Black female makeup artists pursuing their dreams of working in Hollywood.

Anderson was offered a 3-year apprenticeship at Warner Brothers Studios that launched her long career working with A-list actors and actresses as well as the Stuntmen’s Association.

In an interview posted on YouTube, Anderson discussed her big break. “I was a very blessed person to have someone request me, which was Jane Fonda, during a period where Black folks didn’t work on white films,” said Anderson. She went on to become Fonda’s makeup artist for 8 years, and would also work with Eddie Murphy for another 8 years.

Her trailblazing work lives on in classic films and will forever inspire female makeup artists throughout the entertainment industry and beyond.